Our favourite Monte Carlo beach hotel has to be the five-star Monte-Carlo Beach, with the best waterfront location of any hotel in Monaco. This ultra-luxurious La Belle Epoque hotel has been on Monaco’s society scene since it opened in the 1920s, and for good reason. As its director, Danièle Garcelon, now says, ‘Our location is absolutely marvellous—between the sky, the sea and the greenery of the surrounding pines.’ It is also thoroughly glamorous yet totally relaxed, with five-star service second to none.

The hotel arcs around the Cap Martin coastline of the Cote d’Azure, sheltered amid umbrella pines atop a rocky promontory in the French village of Roquebrune-Cap-Martin towards the Monaco border—but as Monaco is just the size of Hyde Park that is walking distance from everywhere in the principality, and you can see the Grimaldi Palace from the hotel. 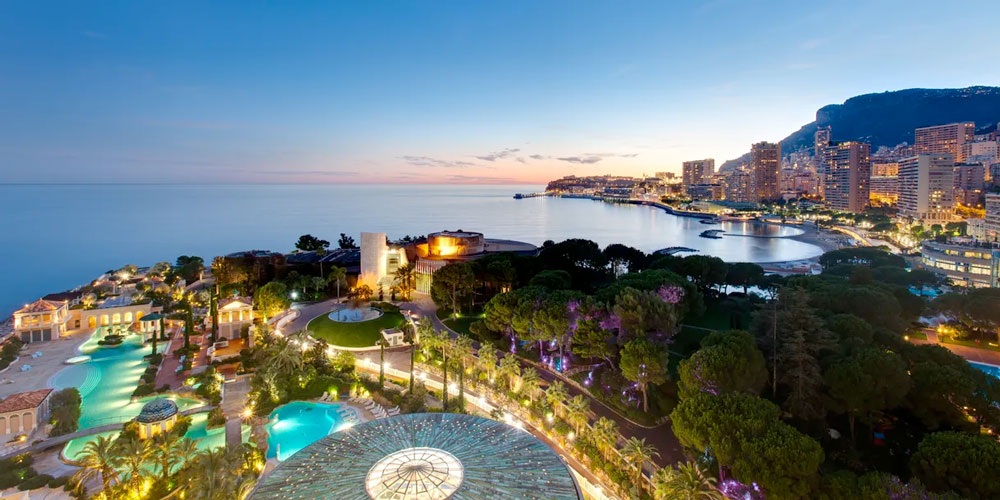 And now, as a Club Member you are invited to stay at this fine hotel at preferential rates, and to become a Cercle Monte-Carlo Club Member, by courtesy of the Monte-Carlo Société des Bains de Mer—which gives you complimentary access to the famous Casino de Monte-Carlo, among other things. A stay at this hotel will truly give the best insight into the luxury and relaxation of the Riviera.

These were the ambitions René Léon, Monte-Carlo Société des Bains de Mer administrator, had in mind when he appointed architect Roger Séassal to design this seaside hotel in 1928. The architect took him at his word, building a luxury hotel in a villa style featuring understated, elegant lines which echoed the natural curves of the rocky promontory so that the rooms would offer panoramic views over the Mediterranean.

As soon as it opened, the Monte-Carlo Beach became a favourite with the burgeoning intellectual and cultural elite of Monaco. It became known for its gilded guest list and glittering parties, and even today the hotel remains at the heart of the social scene, coolly sophisticated, understated, and entertaining the local Monegasque and visitors with equal aplomb. Its instant success owes much to a vivacious American gossip columnist Elsa Maxwell, a socialite after whom the Michelin Star restaurant is named. 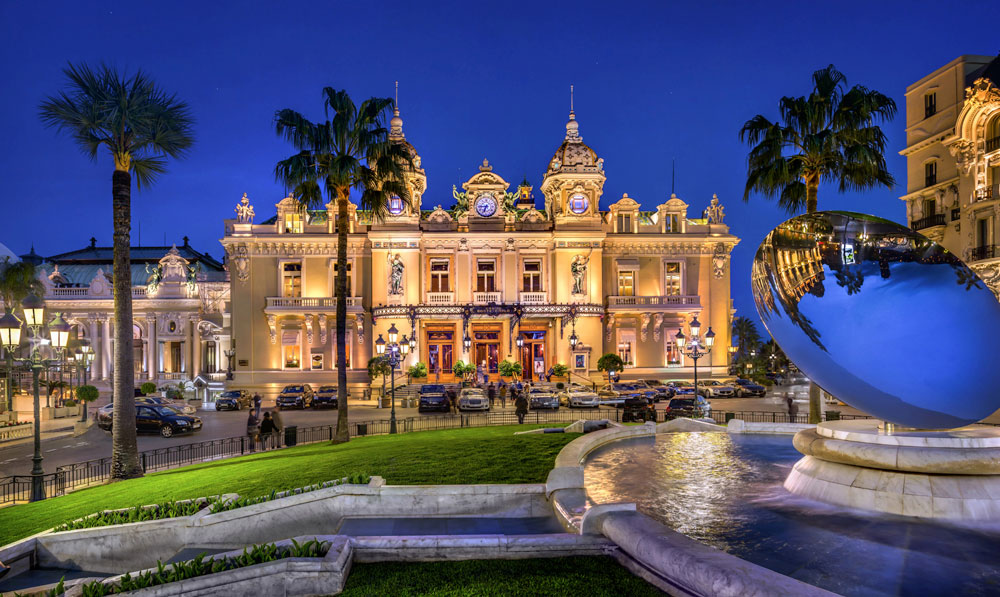 This sumptuous Michelin-star restaurant is 100% organic—the first Michelin-Star organic restaurant in the Côtes de Provence: it is where you will enjoy your organic breakfast—and when we say ‘enjoy’ we mean it, since Venetian Chef Paolo Sari is a master. Fresh dishes such as carpaccio of San Remo shrimp garnished with tiny cubes of pink grapefruit, shaved baby fennel bulb, bergamot oil and a little caviar, light up the menu. Even the bread—baked with organic Italian flour and served with four different kinds of organic olive oil—requires your undivided attention.

In fact it is not easy to find fault with any of Monte-Carlo Beach’s myriad dining options. You’ll find the mystical summertime restaurant and lounge, La Vigie, hidden among umbrella pines, up stone steps. Your climb will be rewarded with one of the Riviera’s finest sea vistas as you relax over a glass of Champagne or dine on caviar and the fresh catch of the day. Lunchtime venues include the chic, poolside Le Deck restaurant serving salads, meats and fish, and the informal, beachside La Pizzeria serving Monaco’s tastiest organic Italian-European specialities, including Paolo Sari’s award-winning O Sole Mio pizza.

The Monte-Carlo Beach was extensively remodelled in 2009 by the famous Parisian interior designer India Mahdavi and now frescoes inspired by Matisse and Cocteau embellish the walls, while soft furnishings are decked with stripes, white marble lines the bathrooms and everywhere the feeling is of Riviera space and light. The 40 guest rooms all have sea-view loggias. 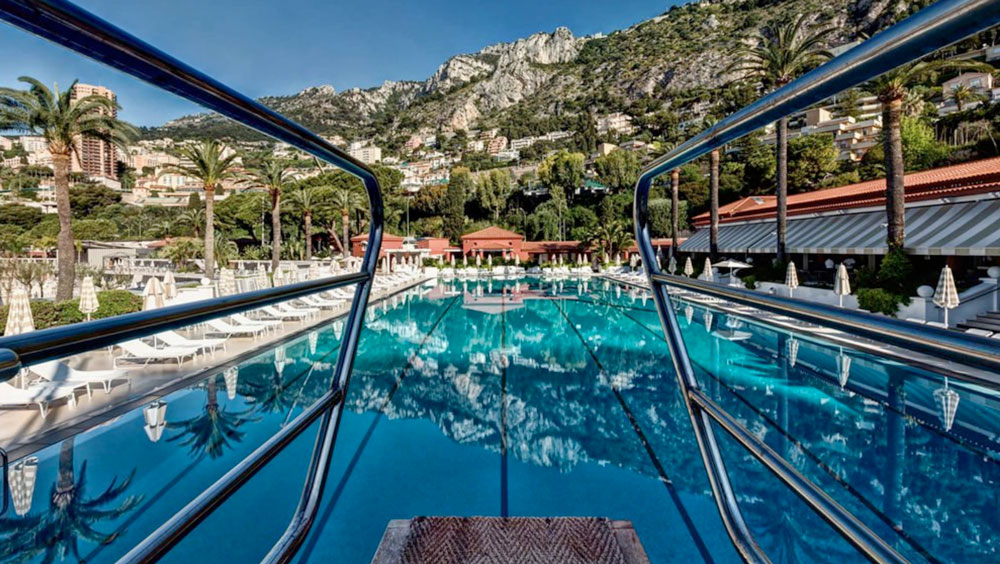 The Monte-Carlo Beach feels more like a private club than an hotel. A welcoming, polite and professional team run this hotel’s superb facilities. As well as an Olympic-sized pool, there is a long private beach tailor-made for strolling and for water sports, with everything from parasailing to flyfishing.

Though you can relax on the beach all day (they will even bring lunch to your private beach cabin) you will probably want to wander to the spa for La Prairie and eco-certified Ymalia treatments, or explore the delights of Monte-Carlo on foot—don’t forget flat shoes, since the principality is hilly. If all that isn’t enough, as a guest of Monte-Carlo Société des Bains de Mer you have free access to the Thermes Marins and 50% per cent off day passes at the neighbouring Monaco tennis club and golf club. 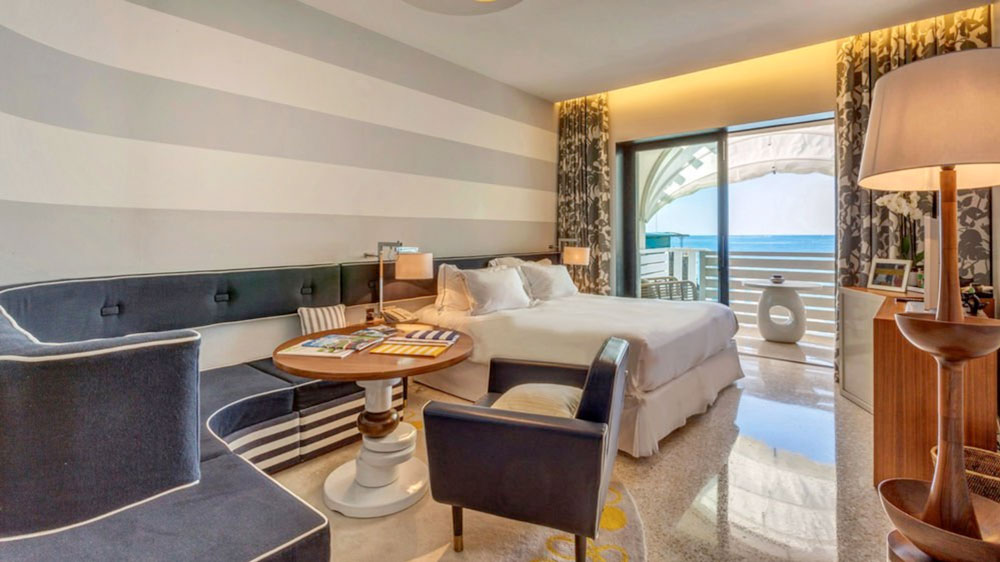 Speaking of which, your Cercle Monte-Carlo card also gives you complimentary access to the Casino de Monte Carlo. This casino is world famous—and not merely due to its prominence in many James Bond films including Casino Royal, GoldenEye and Never Say Never Again. The Monte Carlo Casino opened its doors for the first time in 1863—it was the first casino in Monaco— in a beautiful Belle Époque building designed by Parisian architect Charles Garnier. The elegant salons, adorned with gilt-framed paintings, mahogany-paneled walls, and crystal chandeliers are fresh from a major renovation. 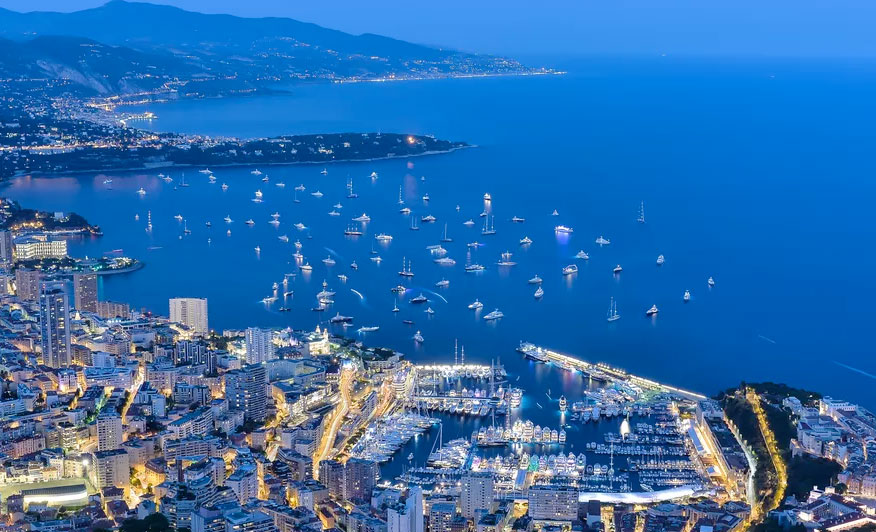 Guests can arrive by yacht to Monaco’s harbour, Port Hercule, and from there to the Monte-Carlo Beach private jetty—very stylish!—or travel by train (five hours from Paris, 4 hours 30 minutes from Milan) or drive, or, perhaps the easiest of all, arrive by helicopter (it is just seven minutes’ flight time from Nice airport, which has direct flights from the UK).

For full details and exclusive, up-to-the-minute Club rates, please call Member Services on 020 7399 2960 or follow use the form below.