You are warmly invited to attend a jewel in the crown among this year’s celebrations of Her Majesty The Queen’s Platinum Jubilee—the equestrian and musical extravaganza in the private grounds of Windsor Castle, in the presence of The Queen. This much anticipated event, named ‘A Gallop Through History’, is already long since sold out—but we have reserved excellent grandstand tickets so that our CountryClubuk Members do not miss this great occasion.

The date is Sunday, May 15, 2022, the only date on which Her Majesty herself will attend the performance. We have a limited number of front facing grandstand tickets opposite the Royal Box for this fabulous evening performance, together with entrance to the Royal Windsor Horse Show. 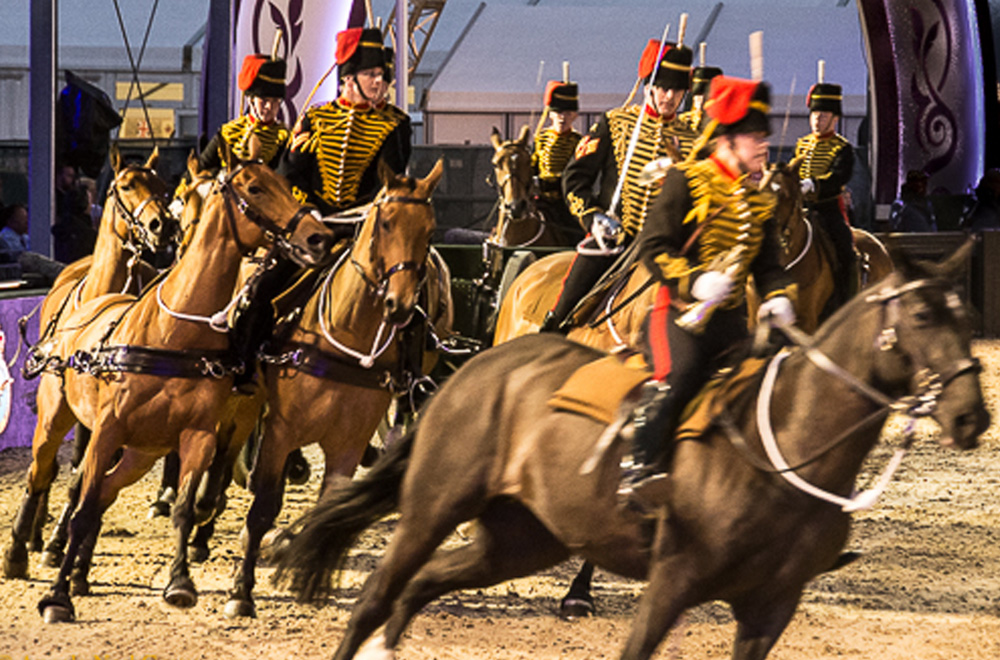 The event is an opening highlight of this year’s Jubilee celebrations, when Her Majesty The Queen will become the first British Monarch to celebrate a Platinum Jubilee, marking 70 years of service to the people of the United Kingdom, the Realms and the Commonwealth.

Launching the ‘Gallop Through History’ celebration in the private grounds of Windsor Castle, Sir Mike Rake, chairman of the advisory committee, promised ‘a celebration the like of which will not be seen for generations’. More than 500 horses and 1,000 performers will create a 90-minute explosion of arena theatre, a drama which will take us from Elizabeth I’s time to the present day, played out in equestrian performances, music, dance and theatre in the fabulous stadium at Windsor Castle. 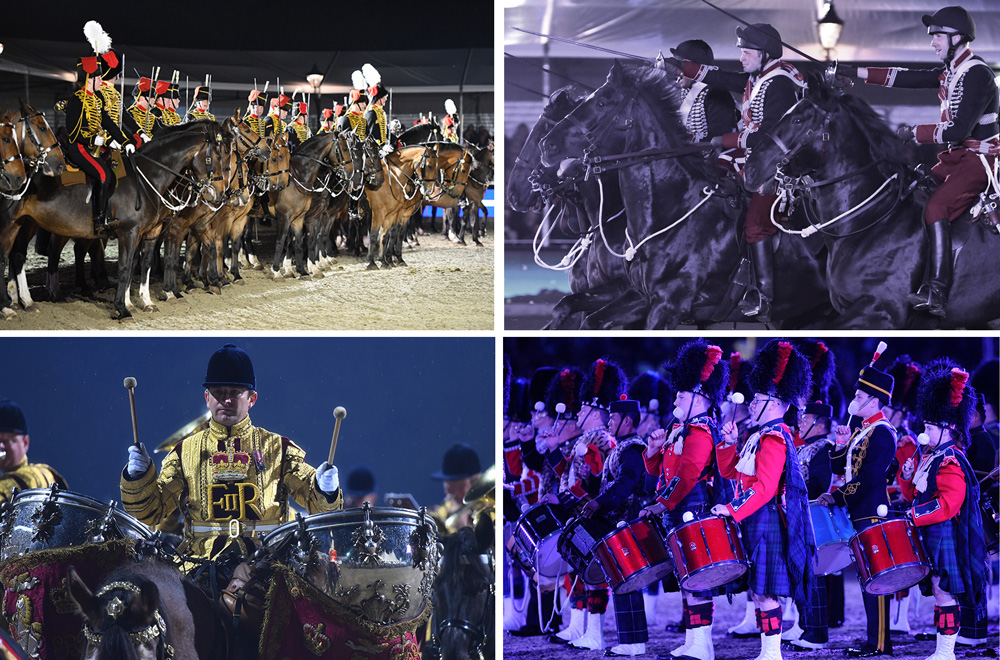 The celebration’s director and producer, Simon Brooks-Ward, says of the event, ‘We have secured some of the best equestrian, military and musical displays from here and around the world to feature in this huge production. This will be joyful and humorous, while also being respectful and traditional.’

While the full cast list is being kept under wraps to give the spectacle the essential element of surprise and innovation, Mr Brooks-Ward hinted at some of the talent, which will include acts performed by the Household Cavalry and the King’s Troop the Royal Horse Artillery—the latter famously formed on the wishes of The Queen’s father King George VI in October 1947, after which The Queen declared that the name ‘The King’s Troop’ would remain in her father’s honour on her accession to the throne.

Her Majesty’s own horses and ponies will be among the panoply. ‘We include nearly all Her Majesty’s show ponies and horses, and The Royal Mews will play a big part,’ he said. ‘Her Majesty wants to know exactly what is going to go on, but she trusts us to produce something appropriate. Her Majesty is informed at all times, and obviously we will include any personal requests.’ 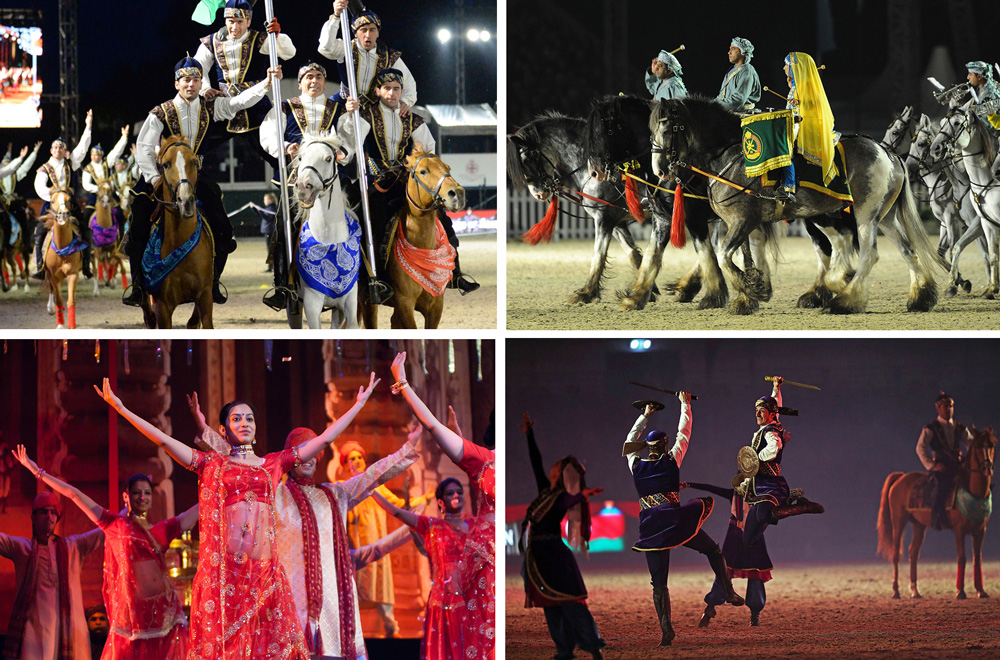 Previous such spectacles—though nothing is expected to match this Platinum Jubilee Celebration—have included everything from The Canadian Mounties to The Garde Republicaine, the Royal Cavalry of Oman Dancers, Bollywood, the Massed Pipes and Drums and The Musical Ride of the Household Cavalry.

The Platinum Jubilee Celebration is hosted by Royal Windsor Horse Show. It takes place in the grounds which the Horse Show uses during the day—and our guests at the Platinum Jubilee Celebration may enter Windsor Horse Show from 3pm, thereby enjoying an afternoon at the Horse Show—where there is due to be everything from international showjumping to the Shetland Pony Grand National, international carriage driving, hunter pony showing, Andalusians, Arabs and more—before taking their reserved grandstand seats in the Castle Arena to watch the evening Celebration, starting from 8.15pm.

BOOK YOUR PLACES NOW FOR THIS SOLD-OUT PLATINUM JUBILEE EVENT

We have excellent grandstand tickets facing the Royal Box for this fabulous sold-out ‘Gallop Through History’ Celebration as part of HM The Queen’s Platinum Jubilee at Windsor Castle on Sunday, May 15, 2022, in the presence of The Queen. The event starts at 8.15pm.

Tickets are £110 plus £3.50 booking fee per person and include reserved grandstand seat and entrance to the Royal Windsor Horse Show from 3pm. Please book now as places are necessarily limited and will be allocated on a strict first-come-first-served basis, whether they are booked by phone or online (tickets are subject to our Club Rules and terms and conditions, and those of our partners in this event). 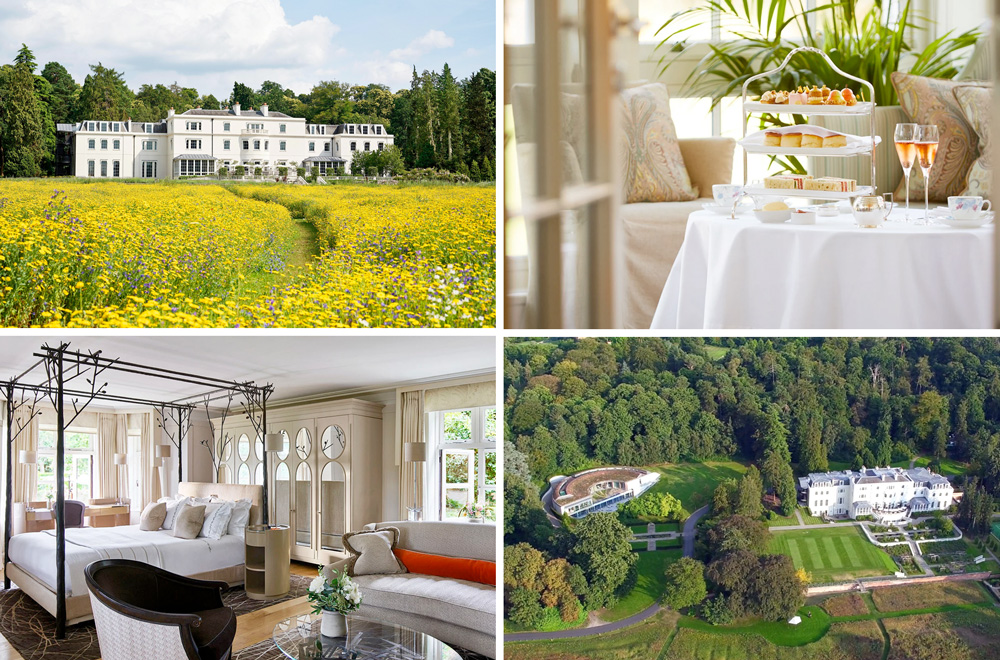 To extend the pleasure, you may wish to lunch or dine before the event, or to stay the night, at luxurious Coworth Park, The Dorchester’s white wedding cake of a country-house hotel in Windsor Great Park, about 17 minutes’ drive from Windsor Castle. To stay the night, and to book tables in advance for lunch or dinner, please click here for Coworth Park details or call Member Services on 020 7399 2960.